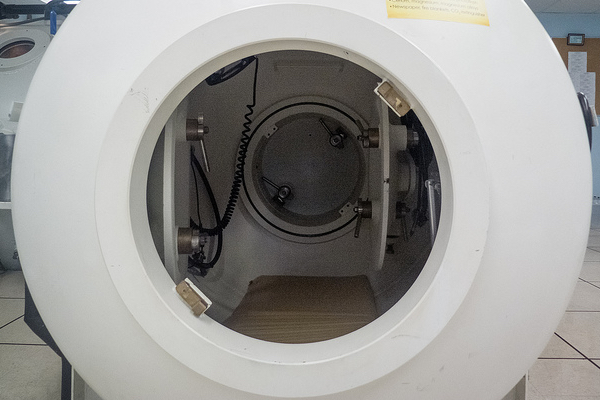 October 19, 2017 — The Hyperbaric Treatment Center (HTC), operated by the University of Hawaiʻi, is currently out of service as of October 19, 2017 due to unforeseen circumstances. HTC is the facility that provides 24/7 treatment for decompression sickness or “the bends” for civilians in the state of Hawaiʻi. The State Department of Health (DOH) and the Hawaiʻi State Health director and Emergency Department managers were notified of the closure on October 19.

The university will work with all stakeholders to determine short-term and long-term solutions. UH is also working with DOH and healthcare providers to begin transferring patients receiving care for other conditions (e.g., wound infections) to other hyperbaric facilities.

“We regret that we were forced to shut the center suddenly,” said UH Mānoa John A. Burns School of Medicine Dean Jerris Hedges. “We are working diligently to find alternatives. Everyone’s top priority is the health and safety of the people of Hawaiʻi.”

The center was forced to close after the learning that an adequate number of physicians were no longer available for full-time emergency services at the center. The legislature approved a request by the university during the past legislative session for $1.5 million to upgrade the facilities. The capital improvement project had been on track to begin in 2018. The university was also in a process of developing a plan for a more fiscally sustainable and efficient operation.

As was the practice before HTC’s closure, anyone suffering from a decompression injury is advised to go to the nearest emergency facility, where a number of treatment measures can be taken without a decompression chamber. The university will work with DOH and others to determine which hyperbaric chambers and providers at other facilities may be available.

HTC provided 57 treatments for 45 divers from July 1, 2016 to June 30, 2017. Since July 1, 2017, the center has provided 17 treatments for seven divers. It also provided other services, including non-emergency wound care, typically for diabetic-type wounds or healing-resistant sores; 68 patients received 1,057 treatments.

“HTC has a long history of service and contribution to the state and all who have worked at the facility should be commended,” said Hedges. “HTC has improved the health and well-being of hundreds of patients and broadened our knowledge of hyperbaric medicine while improving diving safety for more than 20 years.”

HTC was first opened in Kewalo Basin in 1983 by then Governor George Ariyoshi, who no longer wanted the state to have to rely on the U.S. Navy for treatment. It moved to its current location at Kuakini Medical Center in 1995.