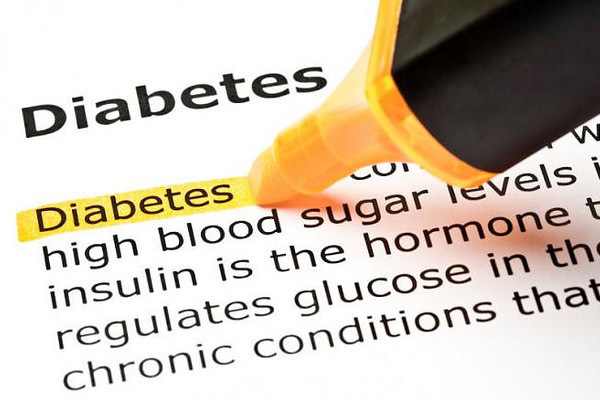 December 17, 2015 — Dr. Marguerite L. Bartholomew of the Department of Obstetrics, Gynecology and Women’s Health (OB-GYN) at the John A. Burns School of Medicine (JABSOM) discusses a technology that tracks dietary habits in pregnant women with gestational diabetes or Type 2 diabetes.

So, I guess today we’re going to talk to you about that cell phone app that you developed based on your studies. Can you tell us a little more about it and the process leading up to it?
Well, it’s not technically an app. It was a technology that was already available and was being used for other health issues through a company called Ho’okele Health Planners. So it was originally used for persons with heart failure and blood pressure problems so that the patients would weigh themselves at home and transmit their weights and their blood pressure readings at home to their physicians. So then it got extrapolated to being used for diabetes management, so non-pregnant individuals, we’re using it to send their fingerstick values to their physicians. So we were approached to try it out in our diabetes program, A Sweeter Choice program. And so, we designed a study from there, and at least in Hawaii, it was the first time that technology was used for pregnant women.

So what was the goal of this research?
The goal [of this research] was to determine if this type of technology was accepted by pregnant women and could be used with more satisfaction than the present method that we have for transmitting fingerstick values, which is telephone calls.

What conclusions were you trying to draw from this research?
Our two main objectives were to compare satisfaction scores between the traditional method of transmitting information and this Internet-based Bluetooth method. The women were provided with the cellphones, because it was a study…Well, let me finish that thought. The second thing we looked at was the number of fingerstick values transmitted, or what we call, compliance. So we had a number of fingerstick values that we expected to receive, and then the number we actually received were measured, and then we provided — we made a ratio to see if those two could be compared. So it looked like, in terms of compliance, it was very similar. But our nursing staff in the program are very good at calling people and tracking them down when they don’t comply. *laughs* So that was probably confounded by that fact that if they didn’t upload their numbers, nursing would be calling them and asking them to do so. *laughs* If we didn’t have that type of follow-up, then I believe the Bluetooth would have shown an improvement in compliance. But it did show higher levels of satisfaction for the patients who filled out a survey.

Was [the study] only here, or in other places too?
It was only here, in this hospital, in Fetal Diagnostics Center, which is where our Sweeter Choice progream is located.

Sorry, I’m writing this down! *laughs*
So it’s called “A Sweeter Choice.” It’s kind of an awkward name. *laughs*

Seems appropriate.
Yes, so it’s A. A Sweeter Choice. It’s hard to put in a sentence.

Is the program only based here in Hawai’i?
It was a program created based on the Sweet Success program that started in California. So it’s very similar to that. Diabetes management is very time-consuming, particularly during pregnancy because the parameters for control are more strict and patients are testing more often that they do when they’re not pregnant. It’s a program to help the physician manage the patient properly and not have to spend so much time on their own. So we have four certified diabetic educator RNs who help keep track with the patients and follow up with them. So a woman could be receiving calls from a physician every day, possibly, if that was what was needed.

So why do you think that this study is important?
Well, this…When we do the initial consultation and we tell the women what to do, they always look very distressed because it’s four times a day, checking fingersticks and then potentially another 20 minutes on the phone talking to a nurse once a week. And at the time, the women were dictating their numbers into a voicemail and would expect a call from the nurse later in the day. So it’s extremely time-intensive, and that, in addition to the diet changes that we’d like them to do, it’s very stressful to some people. So we believe that making it easier and less time-consuming to transit the information would be helpful. It also prevents factitious reporting. *laughs* Women want to please their doctors, so we find that sometimes information is created and doesn’t match what is actually happening. So the direct upload from the meter can help prevent, or not prevent, well, prevents it but also helps us discover it so we can try to work that out.

So that it’s not based on made-up things.
Yes. *laughs*

My last question is, “Is this a continual, long-term study that you hope to see develop, and if so, how would you further develop it?”
Well, our goal from the beginning was to try to institute into our program as a regular thing and not as a study protocol. And the company who’s — Ho’okele Planners — we were able to, not for this study, but allowed the women to use their own cell phones for the future. And that was really encouraging. However, there were some problems transitioning it with Epic, and I think it kind of fell off after that. They weren’t able to interface it with our Epic medical record, which is a computerized medical record. So the goal was to have it directly upload into Epic, as opposed to the — the brand name was called Confidant, the Confidant website, which you can access separately from Epic. But it sort of got stuck in that snag. So trying to find a way to have an interface or to be used as a regular tool would be one of my goals, and then maybe to push it into the postpartum period, where sometimes all of the good habits are forgotten, *laughs* and perhaps it can be used for postpartum weight loss, which can improve pregnancy outcomes for the next pregnancy. So that would be one goal.