Hope, Heartbreak, and the Process of Infertility Treatments 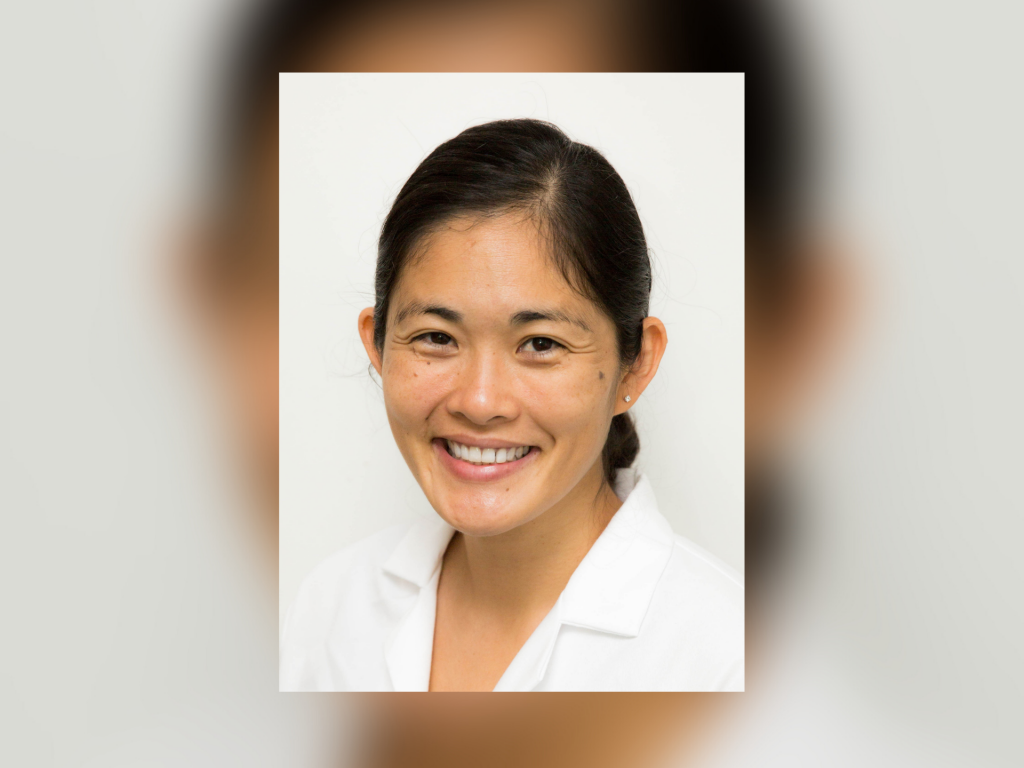 By Marybeth Kotrodimos
Featured photo courtesy of the Dept. of OB/GYN.

This year the National Infertility Association designated a week in April for National Infertility Awareness Week.  They asked people to wear orange to show their support for this cause and explained this choice on their website: “The color orange promotes a sense of wellness, emotional energy to be shared: compassion, passion, and warmth. Helps to recover from disappointments, a wounded heart, or a blow to one’s pride.”  Their slogan was “Orange you glad you’re not alone?”

Those who embark upon the expensive, arduous, and sometimes heart-breaking process of infertility treatments to fulfill their dream of starting a family most often face quite an emotional roller-coaster ride. Recovery from disappointments, healing of wounds to the heart, and replenishment of emotional energy are often sorely needed.  Aspiring parents who are having a hard time conceiving and are considering seeing their doctor for help are wise to prepare themselves for the emotional and financial toll that may lie ahead in the process of undergoing infertility treatments.  But there is good news for those seeking help with fertility. Research in fertility medicine – and especially research done here in Hawaii – has contributed to advances in this field, advances which will improve the chances for those who want to conceive.

Dr. Lynne Saito-Tom is a Generalist Obstetrician Gynecologist at the University Health Partners of Hawaii (UHP) and Medical Student Clerkship Director in the Department of Obstetrics, Gynecology, and Women’s Health at the University of Hawaii’s John A. Burns School of Medicine.  As both a clinician who provides initial evaluation of women facing infertility issues, and an educator, she is quite aware of the difficulty patients experience while going through infertility treatments.

Infertility affects 15% of couples who are trying to conceive. Typically, patients will be referred to a fertility specialist by their OB/GYN physician if they’ve been actively trying to get pregnant for a year for women younger than 35 years of age, and 6 months for women older than 35 who have not experienced a pregnancy.  The basic infertility evaluation involves obtaining a thorough history and performing a physical exam.  For the female partner, further testing focuses on the reproductive potential of the ovaries (ovarian reserve), ovulatory function, and abnormalities of the fallopian tubes and uterus.  For the male partner, the evaluation usually involves a semen analysis.

There are many causes of infertility for both the male and female partners.  In females, a significant portion of infertility is due to the ovaries not releasing an egg (ovulatory dysfunction).  There could also be a problem with the woman’s uterus or fallopian tubes.

“Age is also a common cause of infertility since it is correlated with the number of oocytes available for fertilization at a point in time (ovarian reserve).  As more women are waiting to have a baby until after their professional careers are developed, they are seeing trouble with infertility,” Dr. Saito-Tom explains.

The number of eggs a woman is born with are all she will ever have, and that number decreases over time. “Also, as women age, the chromosomes may have problems with cellular division, which can lead to an abnormal number of chromosomes in the fetus such as with Down syndrome,” she adds.

Male infertility accounts for 40-50% of couples experiencing difficulty conceiving. Exposures in the environment can also be a factor.  “For those who are working in agriculture, welding, mechanics, or working with pesticides or other chemicals, or are exposed to radiation – these can affect fertility,” Dr. Saito-Tom tells us. Also, for men, smoking can affect fertility as it decreases the quality of the sperm.  Additionally, unexplained infertility, where the results of the basic infertility evaluation are all normal, occurs in up to 30% of infertile couples.

Depending on the cause of infertility identified during the initial evaluation, there is hope for the couple as there are various treatment options.  In women with ovulatory dysfunction, there are various medications that help stimulate ovulation or the   development of better or more eggs.  However, Dr. Saito-Tom says, “These medications can increase your chances of having twins, triplets, or more.” So if you’re going that route, it is important to be under the supervision of an OB/GYN or fertility specialist. “Some of the infertility medications,” she adds, “may overstimulate the ovaries, causing them to swell and leak fluid into the body. This condition, called ovarian hyperstimulation syndrome (OHSS), is an exaggerated response to excess hormones.  The effects of OHSS may range from mild symptoms, such as abdominal pain, nausea and vomiting, to rarely-occurring severe complications such as difficulty breathing, kidney failure or blood clots in the legs.

The development of in vitro fertilization (IVF) has allowed many people to have children that could not otherwise have been born to them, but it has also brought with it many other issues. “In the past,” Dr. Saito-Tom says, “fertility specialists knew that they would achieve a higher success rate if they implanted a bunch of embryos [in the woman’s uterus] to increase the chances of pregnancy. But if they all take, you would end up with quadruplets,” which can be a problem. Pregnancies with multiple gestations place the mother at greatly increased risk for premature labor, miscarriage, birth defects, hemorrhage and other pregnancy complications. “Now there are guidelines for the number of embryos to transfer during IVF based on the maternal age.” The process of undergoing fertility treatments is stressful enough, she adds, “but particularly difficult if you end up with triplets and go into premature labor and lose all three after that.”

“Babies conceived by IVF,” she says, have a higher rate of birth defects, such as heart defects and that may cause a really difficult situation.” She describes a scenario whereby the patient “tries so hard for so many years to get pregnant and then the baby has a heart defect which requires a flight to the Mainland so that doctors can operate on the baby immediately after birth. Having this information is important so that people are aware of the risks involved with IVF”.

And all this comes at great financial cost.  Dr. Saito-Tom estimates the cost of each in vitro cycle at about $20,000 – $30,000 or more. Additional tests, procedures and medications can run another $4,000 – $10,000.  Depending on the patient’s circumstances, in Hawaii, most insurance plans cover a portion of the cost of one cycle of IVF.

For women who are starting families at a later age, one solution which has become popular, especially with women in their early 30s, is egg freezing, also known as oocyte cryopreservation.  Egg freezing is a process in which a woman’s oocytes or eggs are harvested, frozen, and stored. “If you freeze the oocytes in action at age 30, while they’re good, it stops the clock” until the patient is ready to have a baby. At that time, the eggs are fertilized with sperm and the embryos are transferred back into the woman’s body. In that way, Dr. Saito-Tom says, “you can kind of trick mother nature.”

There’s also embryo freezing, or embryo cryopreservation, she tells us. “If a couple has many healthy embryos, they may not use them all.  Therefore, the remaining embryos can be frozen to use later, used for research or donated to another couple.”  But with these solutions can come a host of legal and ethical issues. “Infertility opens up such a can of worms.”

What about women who do not have a partner or women in same-sex relationships who want to have a baby?  “They can use donor sperm for intrauterine insemination or IVF. Through a sperm bank, you can choose sperm based on the characteristics of the donor such as height, ethnic origin, educational level and other various characteristics.” Dr. Saito-Tom says.  But this carries with it other potential problems. “If a man has fathered too many children in the same community, there is an increased risk of consanguineous conception.”

As for the good news, researchers have done much and are still doing more to contribute to the very sophisticated methods of testing and treatment we have available today. Dr. Saito-Tom is quick to cite some of the ground-breaking work that has been done in the labs of the Institute of Biogenesis Research at the University of Hawaii at Manoa (UH) when talking about these advancements. “The research they are doing is really cutting edge in studying how fertilization occurs, how embryos are formed and develop, which is a lot of the background research for how to treat infertility.”

Dr. Saito-Tom is also quick to mention the work of Dr. Ryuzo Yanagimachi.  Known as “Dr. Yana” by his colleagues, this UH researcher has achieved worldwide recognition as a pioneer in infertility research using a mouse model.  Dr. Yana is credited with developing in vitro fertilization and intracytoplasmic sperm injection (ICSI) – direct sperm injection into an egg – as well as research leading to other treatments which are regarded as being instrumental in the births of over eight million babies.

For the treatment of conditions such as low sperm motility, low sperm count, or when the sperm has difficulty attaching to the egg, Dr. Saito-Tom says, “What they can do now is pretty amazing. The best sperm is selected, the tail is removed and the head of the sperm is sucked up into a micropipette and injected directly into the egg” resulting in fertilization and an embryo that is later transferred into the woman’s womb.  She explains that this technique and others were developed in animal models first, “and not many people know that the scientists at UH were a part of that.”

While advancements in science provide many people who have difficulty with infertility an opportunity to create a family, Dr. Saito-Tom wants to emphasize that the process of infertility treatment is most often a long, arduous journey, fraught with many ups and downs. Also, treatments don’t work 100% of the time. If you are about to embark upon this path, be sure to talk with your doctor, and summon up lots of patience – you will probably need it!