James S. Burns mourned at the University of Hawaii medical school, where he was a living reminder of his father’s commitment to higher education 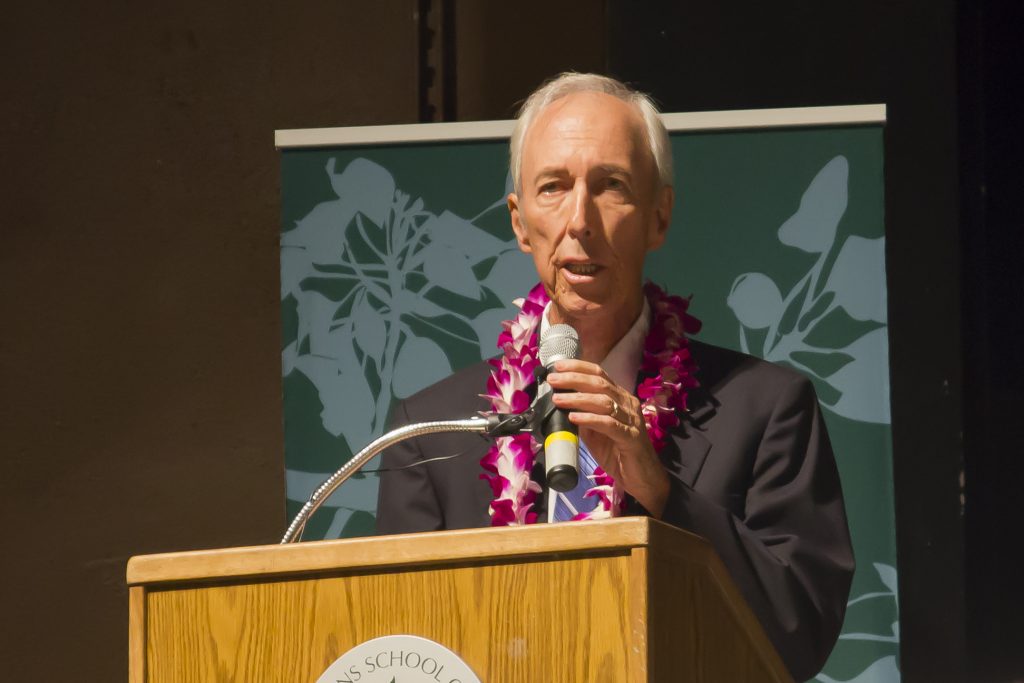 March 9, 2017 — The students, faculty, staff and Dean of the John A. Burns School of Medicine (JABSOM) today expressed great sorrow at the passing of the Honorable James S. Burns, son of the former Governor for whom the school is named.

“He has been a good friend and trusted advisor to me; someone who always had the school’s best interests at heart,” said Jerris R. Hedges, MD, Professor and Dean of the University of Hawaiʻi John A. Burns School of Medicine. “James Burns embodied his father’s legacy, a commitment to provide educational opportunity at the highest level to the children of Hawaiʻi; a legacy cherished by every graduate of the John A. Burns School of Medicine.”

Every year, without fail, Hedges noted that Burns would meet with incoming first-year medical students to tell them, first-hand, about JABSOM’s history and why it is vitally important to have a medical school as part of the University of Hawaiʻi. 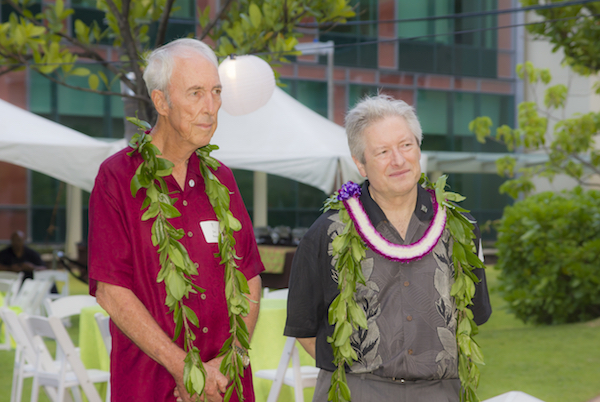 James Burns served as the president and a member of the “Friends of the Medical School” organization, and on the board of the medical school’s faculty practice plan, University Health Partners of Hawaiʻi. He took part in the annual ceremonies welcoming new MD students to the school, those celebrating their graduation, and he frequently could be found on campus to meet with school leaders and chat with those studying or working at JABSOM.

In 2014, at a gathering of medical school alumni at the Kakaʻako campus, Burns said, “This is a dream come true. My father would be very proud of the fact that his vision was actually accomplished and we’re actually producing sufficient doctors to take care of old folks like me. Which I think is great. That’s called real vision. I’m really proud of this school. I’m proud to have the name Burns attached to this school. And I congratulate all of you for all you do for it and I urge you to continue to do more.”

Burns, a 1962 graduate of Villanova Law School, retired in 2007 as the Chief Judge of the state’s second-highest court, the Hawai’i Intermediate Court of Appeals. He was drafted and became an enlisted man in the U.S. military from 1962-1964. He rose to the rank of Captain In the Hawai’i National Guard, where he served from 1965 to 1977. In addition to his support for the medical school named after his father, Burns also served as an adjunct professor on the faculty of the William S. Richardson Law School at the University of Hawaiʻi, and a member of its board, the Friends of the William S. Richardson School of Law.

James Burns is survived by his wife, Emme Tomimbang and two adult children.