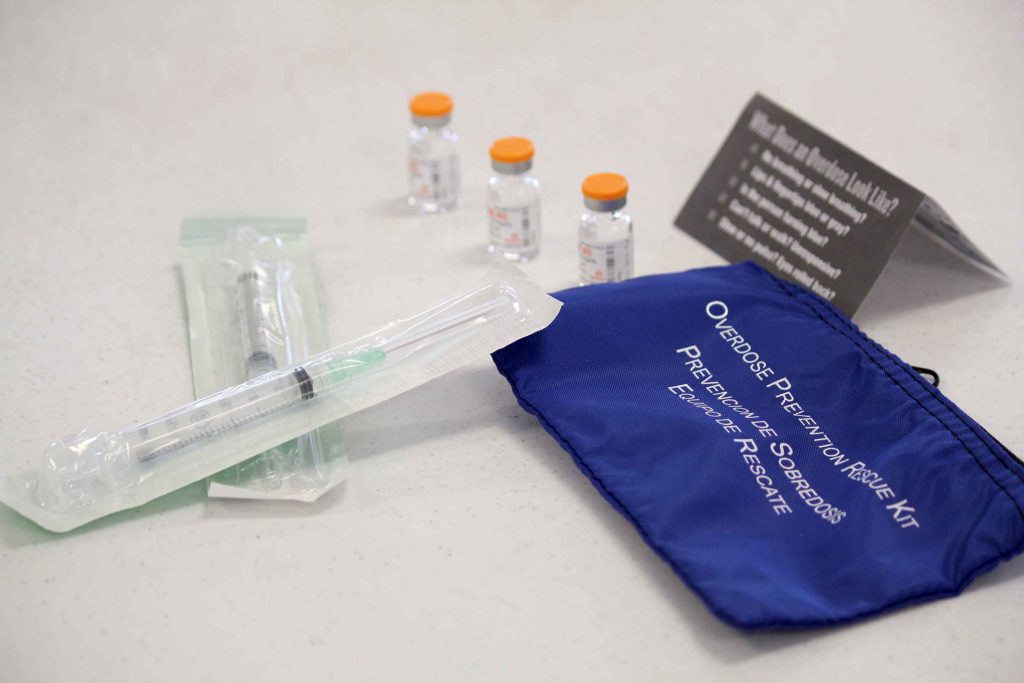 The project is inspired by Act 68 (formerly Senate Bill 2392), which was signed into law on July 7th, 2016. In the midst of a nationwide opioid epidemic, Hawai’i is the 38th jurisdiction to increas access to Naloxone-type medications to prevent deaths from opioid overdose.

MORE ABOUT THE STORY
Act 68 creates immunity for health care professionals and pharmacists who prescribe, dispense, distribute or administer overdose reversal medications such as Naloxone. The Act authorizes police, firefighters, lifeguards, all emergency medical technicians, family and friends to administer this medication to anyone experiencing an opioid-related drug overdose. Act 68 also allows harm reduction organizations like the CHOW Project to store and distribute them within the communities they serve through standing orders with a physician.

Naloxone Saves Lives
Naloxone is a non-narcotic opioid antagonist used to blocks opioids such as fentanyl, heroin and oxycontin. It has no potential for misuse, and side effects are rare. When administered during an overdose, Naloxone blocks the effects of the drug(s) and restores breathing within 3 minutes. More than 10,000 lives have been saved in the U.S. through the use of Naloxone in community settings.

Nonprofit’s distribution allowed by law with physician order provided by University of Hawai’i medical school doctor/professor
The CHOW Project is collaborating with University Health Partners of Hawai’i (UHP), which is the faculty practice of the University of Hawai’I (UH), John A. Burns School of Medicine (JABSOM), to increase access to this important life-saving medication.

“For every 164 of naloxone kits distributed, one life is saved,” stated Heather Lusk, Director of the CHOW Project. “Half of our participants have witnessed or experienced an overdose in the past couple of years and now we can prevent overdose deaths with education and access to Naloxone. We are thrilled to be partnering with JABSOM on this project.”

Click to See the Story on Hawai’i News Now.

For more information about the CHOW Project and the Overdose and Naloxone Program, please visit www.chowproject.org. Learn more about University Health Partners of Hawai’i at www.uhp.org