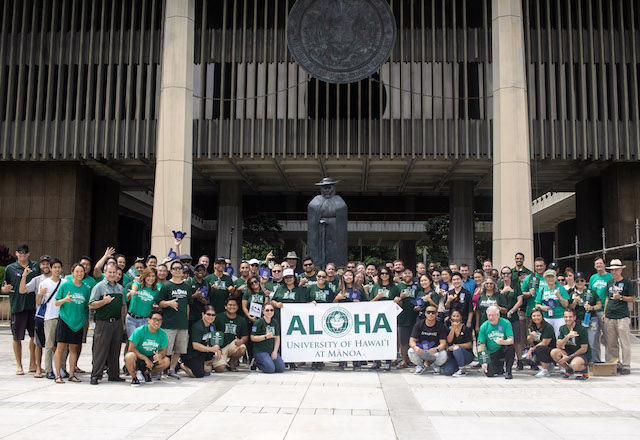 Every year, the John A. Burns School of Medicine (JABSOM) participates in the annual Men’s March Against Domestic Violence. To create camaraderie and partnership with the medical school and the University of Hawaiʻi at Mānoa, University Health Partners also played a role in building awareness for domestic violence.

“It felt so good to be with so many people fighting domestic violence,” said Tripit Reevesman of Provider Enrollment. “With the national conversation focused on assaults on women, it felt good to be doing something positive and seeing so many young men dedicated to making a difference.”

“I believe in leading by example,” said Chip Ellis, UHP Chief Financial Officer. “Participating in the Men’s March Against Domestic Violence was a great opportunity to join with many others to send a message to those troubled souls who think they can solve their problems with violence.  Domestic violence is not acceptable.  As a society we need to make that message clear to all.”

To see more photos of the March, click here.