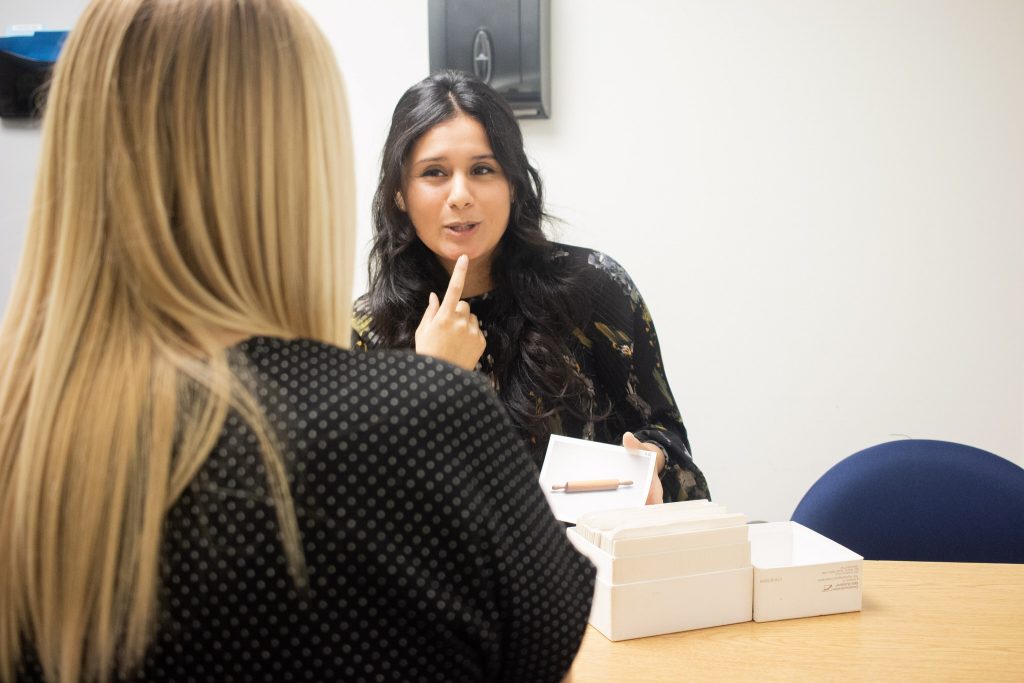 “People who stutter have taught me about resilience, perseverance, personal courage, compassion, and empathy. They exemplify these qualities in their communicative interactions and inspire me to pause, appreciate silence, take time to really listen, and be moved by their words.”

October 22, 2020 — October 22 is International Stuttering Awareness Day. Stuttering (also known as stammering) is a communications disorder that afflicts more than 70 million people worldwide (about 1% of the population).  There are many notable examples of famous people who have been known to stutter including Winston Churchill, Marilyn Monroe, and King George VI of Great Britain, whose story as a person who stutters (PWS) was told in the highly acclaimed movie, The King’s Speech.

Consider James Earl Jones, who is often considered one of the greatest actors in American history.  Listening to his deep, resonant, and commanding voice as Mufasa in The Lion King or as Darth Vader in Rogue One: A Star Wars Story, would you ever think he has a problem with stuttering?

What exactly is stuttering?  According to the Stuttering Foundation, stuttering is a disorder “in which the flow of speech is broken by repetitions (li-li-like this), prolongations (lllllike this), or abnormal stoppages (no sound) of sounds and syllables.”

However, the National Stuttering Association tells us that “there are nearly as many ways to stutter as there are people who stutter.”

Emotional and psychological problems have NOT been shown to be the cause of stuttering, and there is no known cure for this disorder; however, there is treatment for both children and adults who stutter.  Speech-language pathologists (SLPs) who specialize in stuttering, such as Kathy Maemori and Pauline Mashima of University Health Partners’ (UHP) Speech and Hearing Clinic, can help stutterers make significant progress in speaking with greater fluency.

It is important to remember that we all experience instances when we don’t speak smoothly.  We might sometimes find ourselves peppering our speech with “ah”, “well”, or “you know,” or we might stop mid-sentence and briefly struggle for our next word.  These are known as disfluencies.  But people who stutter experience more than just disfluencies.

The American Speech-Language-Hearing Association (ASHA) has posted on their website some examples that can help us distinguish between the occurrence of normal disfluencies and the actual disorder known as stuttering.

The following typical disfluencies happen to many of us and are not stuttering:

When children are learning a lot of words or new speech sounds, you may notice some of these typical disfluencies. This is normal.

The following types of disfluencies happen when someone stutters:

PWS might exhibit behaviors like head nodding or eye blinking in an effort to stop or keep from stuttering. They might avoid using certain words or they might try to keep certain activities to a minimum, such as talking on the telephone, if these tend to cause their stuttering to increase.

According to ASHA, “Stuttering can change from day to day.”  There are days when PWS will be more fluent, and days when they will stutter more than usual.

Quite understandably, PWS may feel tense, uncomfortable, or embarrassed when they stutter. These feelings could very likely cause stuttering to increase, as can stress or excitement. There are support groups available to those who stutter.

More than four times as many males as females stutter, and about five percent of all children go through a period lasting six months or more in which they stutter.  About three-quarters of these children stop stuttering by late childhood.  If a child’s stuttering continues beyond three to six months, or is particularly severe, the Stuttering Foundation urges parents to “seek help from a speech language pathologist who specializes in stuttering right away.”  They tell us that when it comes to stuttering, “The best prevention tool is early intervention.”

However, a speech-language pathologist can assist patients at any age in managing their stuttering.  Though there may not be a known cure, there certainly is help.