May 24, 2019 — In late May, UHP Chief Executive Officer Dr. Larry Shapiro and his wife Carol received a special honor from Washington University in St. Louis, MO, where Dr. Shapiro served as Executive Vice Chancellor for Medical Affairs and Dean of the School of Medicine from 2003 through 2015. This occasion installed Dr. Helen McNeill as the first holder of the Larry J. Shapiro and Carol-Ann Uetake-Shapiro Professorship that was established to honor the Shapiros for their many contributions to the success of Washington University. 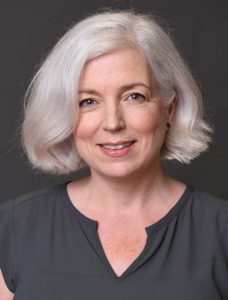 Dr. Shapiro has been lauded for his leadership in research and medical education, as well as for his efforts to build bridges between the Medical and General campuses of the University, and particularly for playing a key role in the establishment of the Institute for Public Health. He substantially enhanced the school’s relationship with BJC HealthCare; and advocated for diversity and gender equality at the medical school. He expanded the Washington University Physicians clinical practice and led BioMed 21, which seeks to rapidly translate research findings into therapies for patients. During all of Dr. Shapiro’s tenure as executive vice chancellor and dean, the medical school was a top-10 medical school in US News and World Report rankings and was fourth among all medical schools in National Institutes of Health funding.

Since stepping down from his position as Executive Vice Chancellor and Dean the University has bestowed a number of other recognitions. He was presented with the Search Award of the Eliot Society in 2016. In 2018, the Directorship of the Institute for Public Health was endowed by BJC Healthcare and named in Shapiro’s honor as well as the establishment of a scholarship in the School of Medicine to encourage diversity. In 2019, Dr. Shapiro served as Honorary Grand Marshall at Washington University’s 158th Commencement Ceremony.