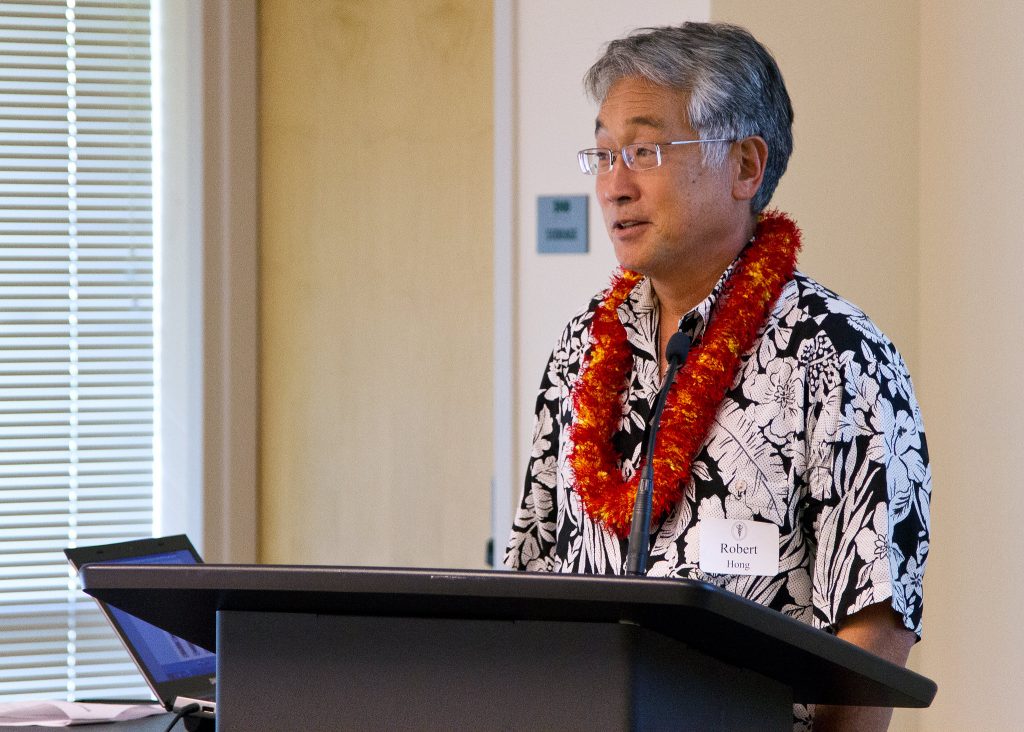 Dr. Robert Hong had been the Chief of Staff at The Queen’s Medical Center for the past six years. He is considered one of Hawaii’s most accomplished cardiologists.  If that’s all we knew about him, we’d say that UHP is indeed fortunate to have him join our ohana this past October.  But it isn’t just the medical accomplishments of Dr. Hong that make him such a welcome addition to our organization.  It is his own heart as well as what he can do for the hearts of others that makes him such an asset to our organization.

Dr. Hong volunteered to serve on the JABSOM Scholarship Review Committee where he’d read, as he says, “a lot about the trials and tribulations” the students were experiencing in trying to meet basic expenses like rent, food, housing and transportation.

“On the Scholarship Review Committee, you can read the stories of the financial problems faced by our medical students,” Dr. Hong said. “This kind of brought things home to me.”

“The thing that was overwhelming,” Dr. Hong said, “was that everyone had a positive attitude about the future. And that’s what’s important in medicine is that you go in with the dreams you had when you started.”

Dr. Hong tells a story about a student who arrived late to a teaching session one day.  He said he “got on her case about it” until she told him that the reason she was late was because her bus was late.  He checked to see if he “could just give her a Lyft card” but found that it violated policy at JABSOM as this could be seen as him favoring a student. 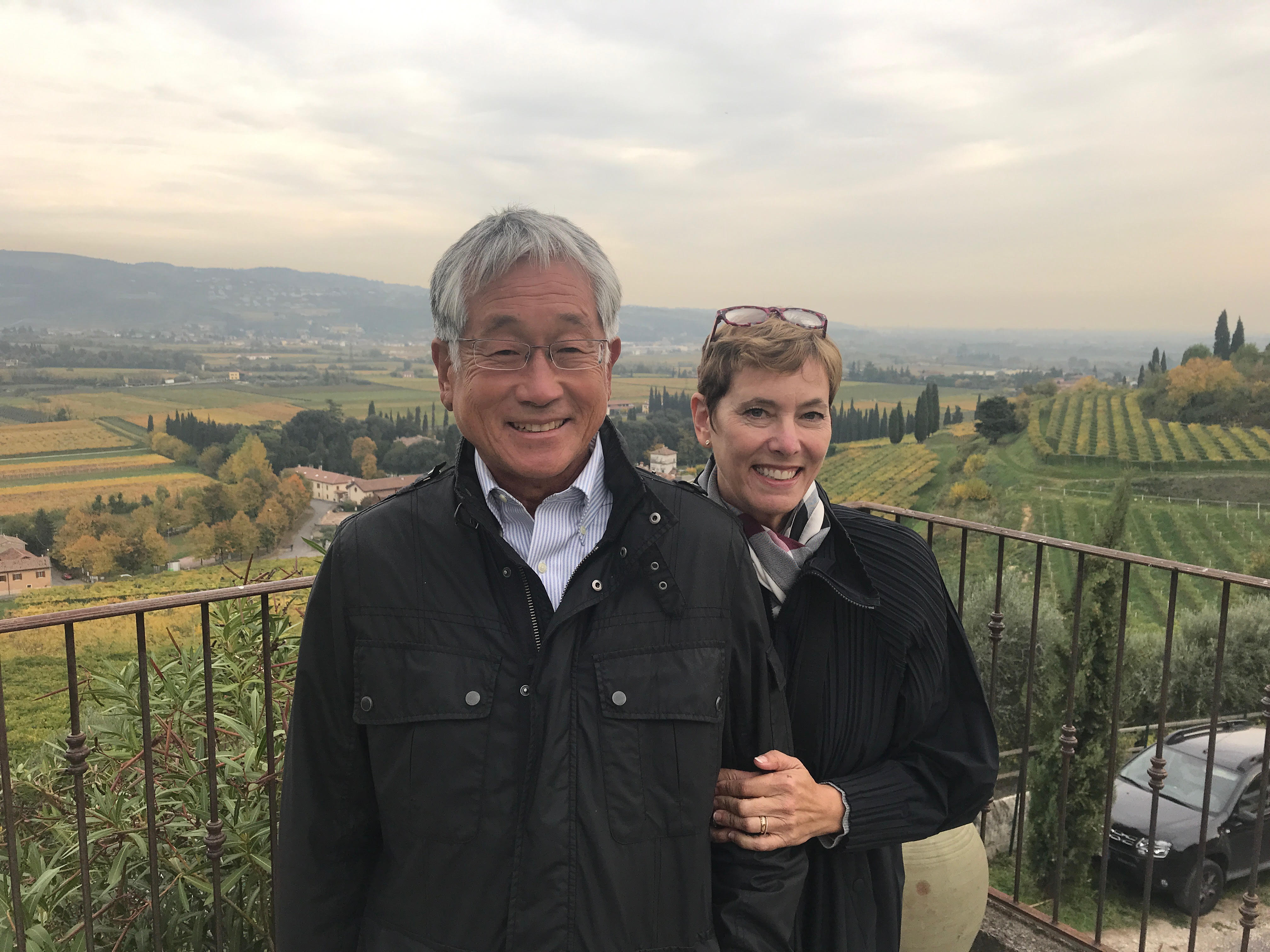 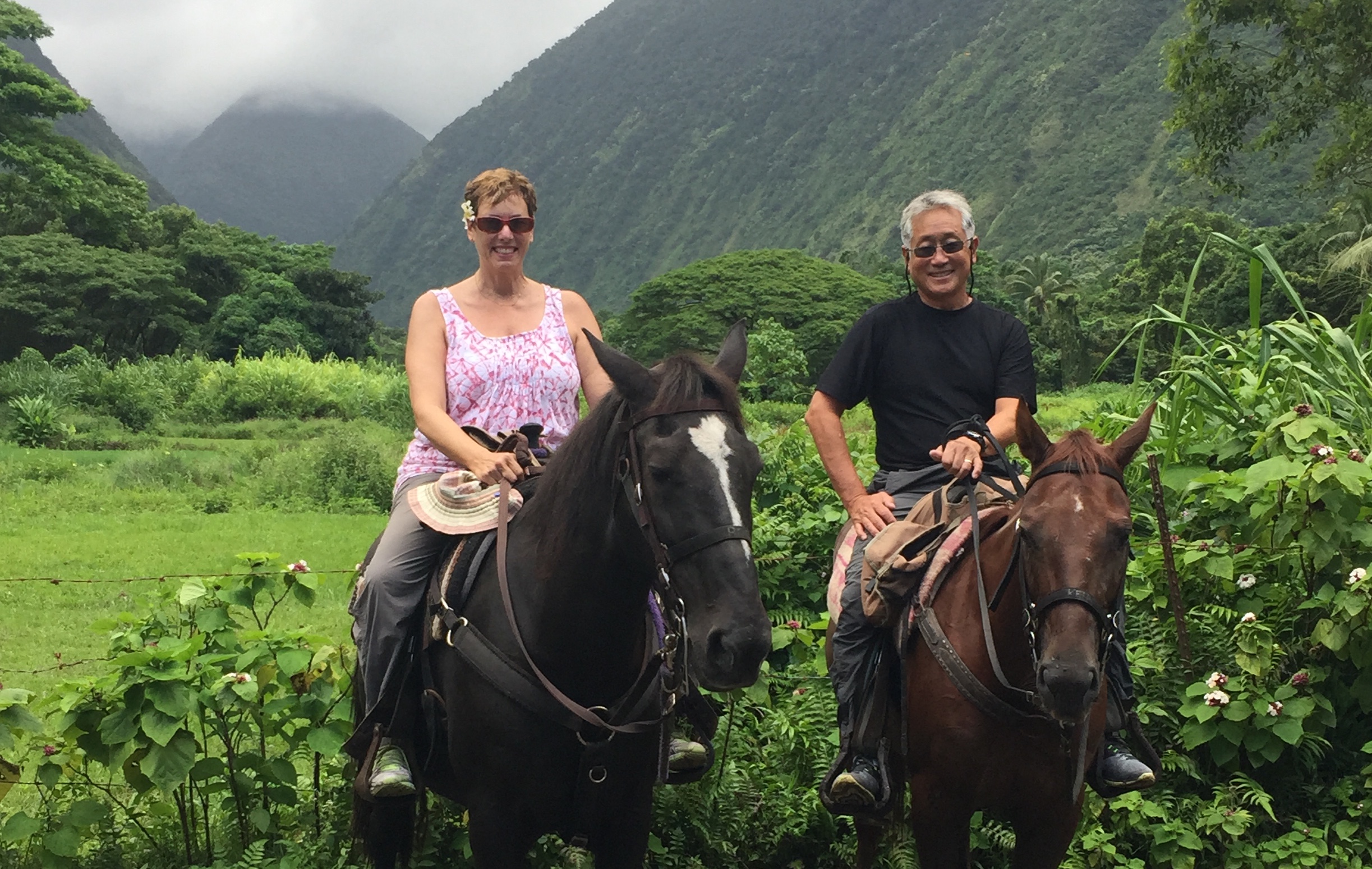 Dr. Hong and his wife, Heidi, the namesake of the emergency fund they established.

Not happy to just accept the situation as it stood, Dr. Hong decided to do something to help.  So late last year, he created the Robert and Heidi Hong Fund to assist JABSOM’s medical students who need help with basic expenses.

It distresses Dr. Hong that we can so easily lose a future doctor because of something that might come up which impacts a medical student’s ability to meet basic living expenses. “When you have someone who is training,” he said, “and they have to stop training because something happened and they can’t, maybe, pay the rent, you’ve lost a valuable resource.”  He recalls that when he was in medical school, he had friends who had to quit for those reasons. “Something is lost because of that,” he said.

“If you can‘t afford a car repair and it impacts on you, or something happens one month and whatever cash flow you were expecting doesn’t come through and you’re kicked out of your apartment – those are things that medical students shouldn’t be concerned about. If you hit a bump in the road along your career path, there should be some help for you. That’s what this is about,” Dr. Hong explains referring to the fund which he and his wife started. “People shouldn’t be terrified about living through medical school.”

Dr. Hong does not easily accept praise for setting aside his own money to help out needy medical students.  “It’s not that much money,” he said. “The main cost is still tuition, and it is nice that other groups are trying to help with that.” Besides, he said, “There’s nothing special about what I did. It’s what people should do.”

People in the medical profession, Dr. Hong said, “are part of a fraternity/sorority that should support each other.”  He said that he can give as he has because he is “lucky. I have a successful career, a nice house, great family, a wonderful wife. When you have the ability to help, you should help. That’s the take-away here.”

Twenty years ago, he said, he didn’t have the time or means to help as he is now because he was building his own practice. “But when you have the opportunity to look at the whole picture, you should. In the end, was your heart lighter than Maat’s feather?” he asks referencing The Egyptian Book of the Dead.

Dr. Hong insists that every day people in the medical profession are doing great things, and that he should not be singled out for his contribution.  “There are a lot of people” who are giving back as he has, he said, “a lot of people. That’s why we go into medicine. There’s not enough people who get recognized for what they do.”

He said that “everyone in medicine does great things every day,” but warns that “there’s a danger to being recognized too much.” Doing great things “is our job,” he adds.

When asked about a patient of his who donated one million dollars to launch a  Cardiovascular Professorship at JABSOM, he dismisses the idea that (as it has been said) she did so in gratitude for him saving her life. The perception that doctors save lives, he said, is “what causes ego, what causes separation between us and our patients. At the end of the day, we save no one’s life. Everyone dies. You may help them live longer but it’s what you do in life, that counts.”

Though most us would certainly find Dr. Hong’s generous contribution to needy students laudable and worthy of our appreciation and acknowledgement, he was reluctant to talk about it.  “There are no giant heroes in life,” he said, “just people trying to do the right thing.”