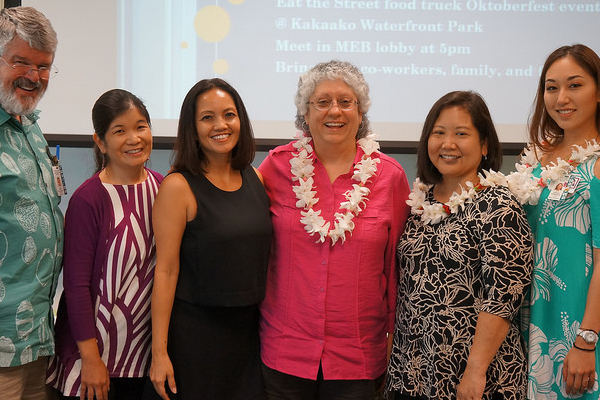 Do YOU know who the first woman physician to graduate from an American medical school was? That question, posed by Dr. Kalani Brady, captivated the audience right from the start, at the 2017 Women in Medicine Symposium, held today in the Medical Education Building.

Dr. Brady, Director of Faculty Affairs at JABSOM, answered the question he posed: Elizabeth Blackwell, MD, a physicist, was the first female doctor graduated from a U.S. medical school. Brady also noted that the first Native Hawaiian woman MD was Roberta Apau Ikemoto, a radiologist and graduate of the University of California at San Francisco medical school. Brady also provided the following facts: 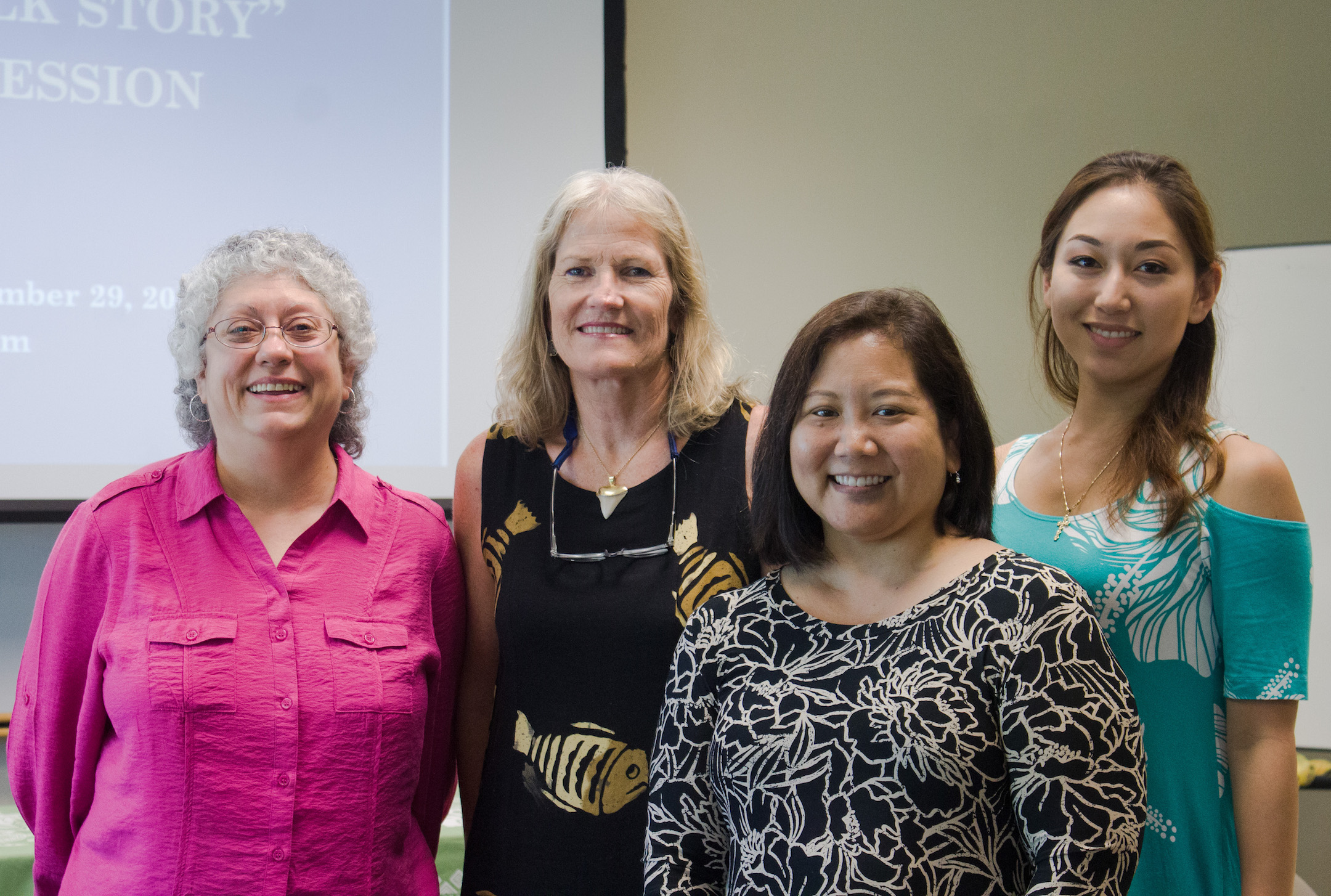 Among the Best Advice Shared by the Panelists:
Scientist Dr. Marla Berry advised that it helps to consider everyone’s skills, including those who may be competing for the same funding sources as you. “Turn your competition into colleagues,” she advised, explaining that in doing so you can learn from them, and those relationships can spur collaboration as well.

Geriatric Medicine Chair Kamal Masaki, MD said it is critical to balance life and family. In her own life, she said she told her family that as important as her passion for medicine is to her, they would be “first” in her life. She even said if her family asked, she would be willing to give up her professional career.

Office of Medical Education Director Jill Omori, MD (JABSOM MD Alumna) advised, “Follow your passion.” Omori is passionate about health care for underprivileged Hawai’i residents, which led her to create the HOME (Homeless Outreach and Medical Education) Project (Read More) eleven years ago. She also said, “I would not be where I am today without PBL (the Problem-Based Learning curriculum at JABSOM). Dr. Omori said the small group-learning JABSOM fosters builds strong communication and leadership skills among MD student.

JABSOM MD 2018 Class President Leimomi Kanagusuku spoke of the importance of family too. She grew up on a chicken farm in Wai’anae to become the first in her family to go to college, and the first physician. But when her grandmother became seriously ill, she left Stanford University to come home to be at her grandmother’s side because “she raised me.” Kanagusuku returned later to Stanford and completed the JABSOM ʻImi Hoʻōla Post-Baccalaureate Program and will graduate with her MD degree next May.

Kanagusuku also reflected on having worked numerous entry-level jobs in her youth, including at hotels and restaurants in Hawaiʻi. “Everyone should work in hospitality at some point,” said Kanagusuku. “You learn so much that helps you, including how to speak well, and how to get to know people quickly and how to make them comfortable.” The ʻImi program at JABSOM, Kanagusuku added, gave her confidence and a second family — the fellow ʻImi class members.

The JABSOM Women in Medicine symposium is held annually in conjunction with September, Women in Medicine month, the Association of American Medical Colleges (AAMC) of which JABSOM is a member, and coordinated at JABSOM by Lori Mitsue M. Emery, JABSOM Faculty Development Coordinator, with support from the Native Hawaiian Center of Excellence.

Click here to view the other photos from the event.