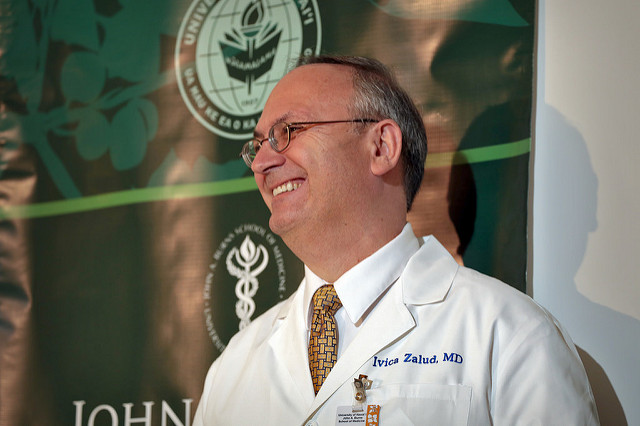 Jan 20, 2017 — Ivica Zalud, MD, PhD, Professor and Chair of the John A. Burns School of Medicine (JABSOM) Department of Obstetrics, Gynecology, and Women’s Health, has been formally accepted into the American Gynecologic and Obstetrical Society (AGOS) on December 21, 2016. The scale of that achievement is impressive. Dr. Zalud becomes the first and only AGOS fellow to be elected from Hawai’i.

“(It is an) extraordinary peer recognition. I see this also as recognition of exemplary academic work done in our department and medical school,” said Dr. Zalud.

Dr. Zalud will make his official introduction at the 2017 Annual Meeting scheduled for September 14, 2017, where he will received a certificate and medallion.

About the JABSOM Department of Obstetrics, Gynecology (OB-GYN) and Women’s Health

In addition to directly serving Hawaii’s families, the UH Department of Obstetrics-Gynecology & Women’s Health creates its clinical learning environment for medical students, residents & fellows through its University Health Partners of Hawaii (UHP) practice, giving all learners the robust real-world experience they need. The department has 37 physicians, including four who are part-time and three professors emeritus. Another 107 OB-GYN physicians in Hawaii are volunteer faculty. Specialty training is offered in Obstetrics and Gynecology, Family Planning and Maternal Fetal Medicine.

About AGOS
The American Gynecological and Obstetrical Society advances the health of women by providing dedicated leadership and promoting excellence in research, education and medical practice. The AGOS is an organization composed of individual attaining national prominence in scholarship in the discipline of Obstetrics, Gynecology and Women’s Health.