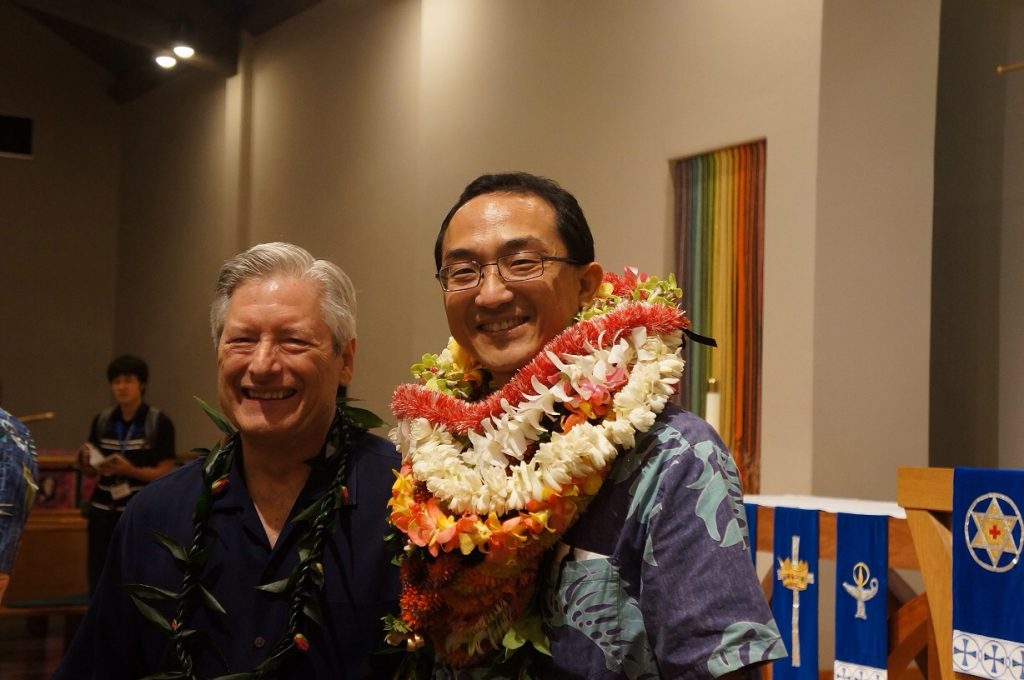 On May 5, Dr. Dominic Chow, MD, PhD, MPH, will be receiving an alumni award from the Syracuse University of New York (SUNY) Downstate College of Medicine. He will be acknowledged for his contributions in education, community service and research in HIV medicine and care.

Dr. Chow is an 1993 alumnus of the SUNY Medical School. After receiving his MD, he went on to study at Yale and Johns Hopkins to complete a Combined Medicine/Pediatrics Residency as well as a Masters of Public Health General Preventive Medicine Residency, respectively. He then completed his PhD at the University of Hawaiʻi at Mānoa. 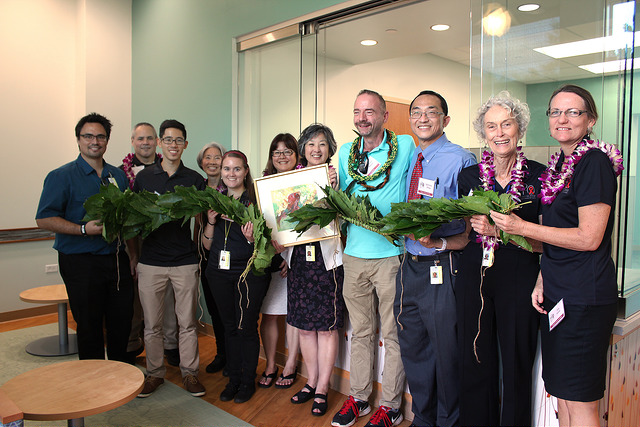 Dr. Chow, third from right, at the grand opening of the Hawaii Center for AIDS in December 2015.

Since 2000, Dr. Chow has held a number of titles at JABSOM and at UHP, including Professor of the Department of Medicine, Director of the Clint Spencer Clinic, and Clinical Professor of the Department of Pediatrics. In addition, he is a co-investigator for the Hawaii Center for AIDS (HICFA), a clinical establishment that focuses on research and treatment for those diagnosed with HIV/AIDS. His specialty involve the complications of HIV and the effects of antiretroviral therapy on the autonomic nervous system and cardiovascular system. He also focuses on studying glucose and liver metabolism.

Dr. Chow will be honored at a ceremony held at the Marriott Brooklyn Bridge, followed by a luncheon.