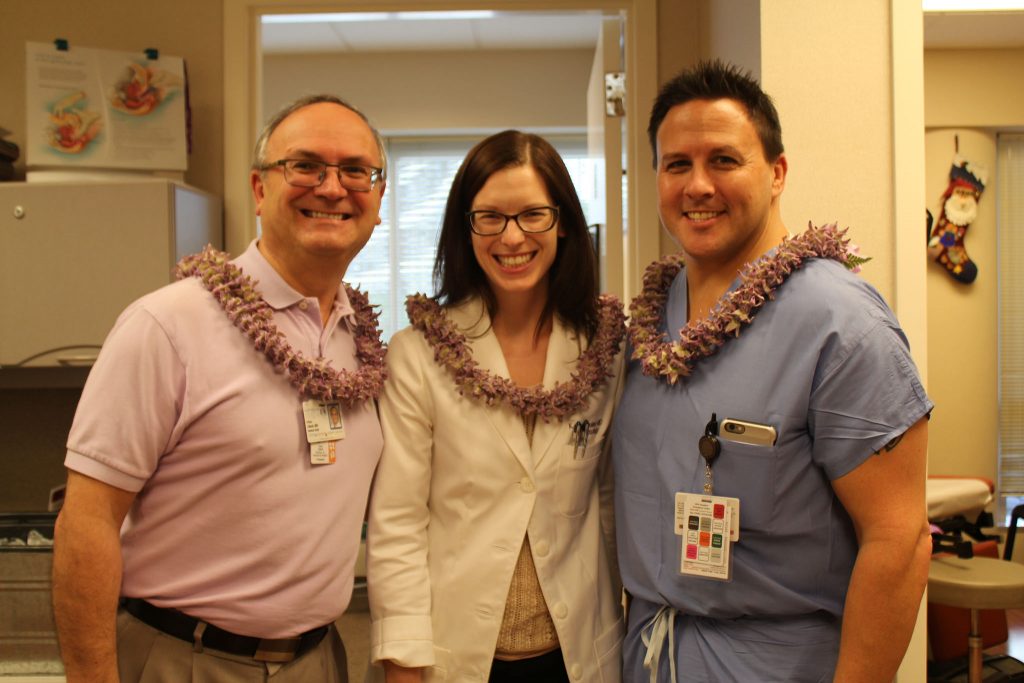 December 22, 2015 — Months after its original office closed in Waipahu, The University Women’s Health Specialists hosted an open house for its new location in the Pali Momi Medical Office Building in ʻAiea.

University Women’s Health Specialists is part of the Department of Obstetrics, Gynecology (OB-GYN) and Women’s Health of the John A. Burns School of Medicine (JABSOM) and University Health Partners of Hawaiʻi, the medical school’s faculty practice plan.

The clinic officially opened its doors in November, but the open house was held on December 16 for those who wanted to meet physicians and staff, who provided brief tours of the clinic.

“We’re trying to expand our services for the University, for women’s health to other parts of the island,” said Dr. Richard McCartin, medical director of the University Women’s Health Specialists, who acknowledges the importance of offering convenience and service to West O’ahu patients.

The Pali Momi location includes exam rooms and offices for in-house physicians who are experts in a range of specialties, including general OB-GYN, women’s health, minimally invasive robotic surgery and urogynecology.

The clinic can be found in the Pali Momi Medical Office Building in Suite 490. Our video can be viewed directly on UH Med Vimeo HERE.